Actor Bradley Welsh Is No More With Us! Shot Dead in Edinburgh, Scotland

Bradley Welsh made himself one of the emerging actors from the film”T2 Trainspotting”. He was a famous former boxer as well. Today we lost him. He was shot in Edinburgh, Scotland. The actor and the former boxer was 42 years old. 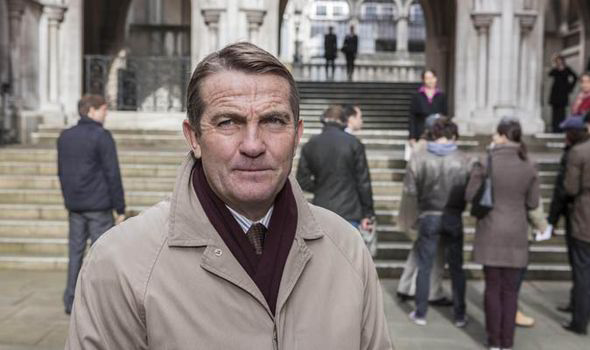 The Edinburgh Police Division found the body of the actor in an injured condition on Chester Street and claimed that he died on the spot.  He was shot down right on his head. The whole incident is suspicious for the police and the investigation of the accident is started now.

In his career of acting he was also the part of Danny Boyle’s “Trainspotting” sequel in the year 2017 and even made the appearance in the TV series “Danny Dyer’s Deadliest Men” in the year 2009. In 1993 he used to be the part of professional boxing.