Instagram, the popular photo-sharing app, has introduced a new feature that prohibits adults from sending Direct Messages (DMs) to children who do not follow them.

According to the information, Instagram is implementing new policies to discourage interaction between teens and adults, making the site safer for children.

Instagram aims to incorporate “safety prompts” for children who do not follow adults who send them messages.

When teens DM adults who have been “exhibiting potentially suspicious behaviour,” an alternative focused on the “safety” of users will appear.

Several alerts will appear if a suspicious person is seen texting the teenagers, according to the data. 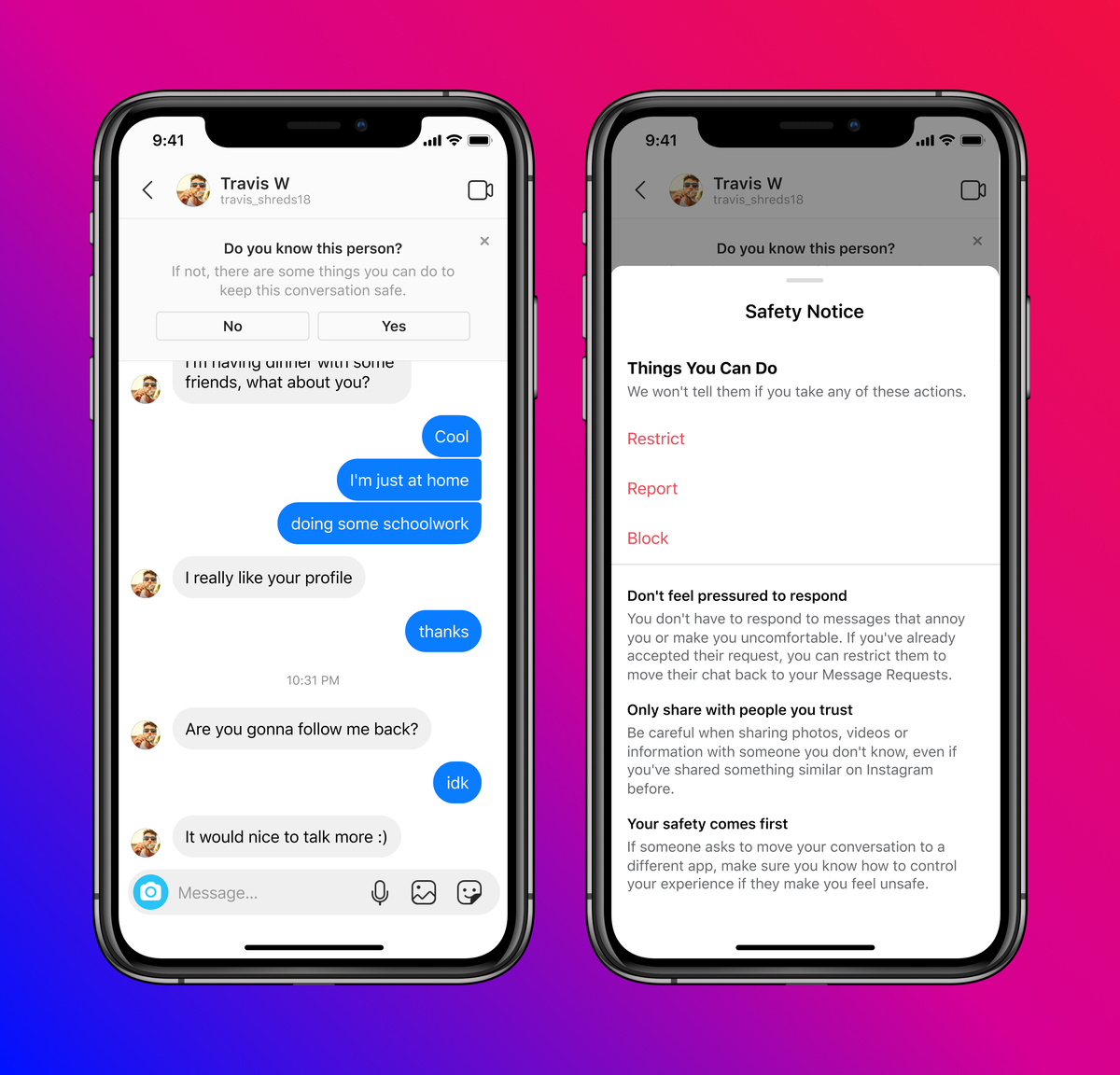 In addition, the photo-sharing app aims to introduce new “artificial intelligence and machine learning technologies” to try to reveal a user’s age when they sign up for an account.

Instagram has previously made music available on their platforms in a variety of countries, including the United Arab Emirates, Kuwait, Palestine, and others.

Since its launch in 2018, it has not been available in the UAE. Residents in the country were treated to a muted video after turning on the music feature.

Users, on the other hand, can now choose their music from a wide catalogue of songs. They can also choose the length of the video and the song that they want to highlight.

In addition, the latest update would result in the automatic display of songs with lyrics.

“People have always come to Facebook and Instagram to express themselves and be entertained, and we’re working hard to incorporate music into the ways people communicate, interact, and express themselves. As a result, we’ve been collaborating with musicians and creators all over the world to help people interact and express their emotions through music across the Facebook family of apps. On Facebook and Instagram, we see music as an integral part of the future of entertainment. People can now build and explore content that they can appreciate in many more ways.”

Pakistan Strongly Condemned the Killing of Kashmiri Youth in IIOJ&K

Pak Rupee Appreciated by Rs2.61 against US Dollar

Pak-Rupee Further Depreciated against US Dollar

Pakistan Discovers of a New Gas Reservoir in Kohlu District of Balochistan: OGDCL