Alexandra Daddario walks the red carpet with Jennifer Coolidge and Connie Britton for the premiere of HBO’s The White Lotus, looking lovely in a flapper-inspired gown.

On Wednesday evening, the actors of HBO’s new limited series The White Lotus dressed up in their finest for the premiere of the show.

Alexandra Daddario, Jennifer Coolidge, Connie Britton, and Sydney Sweeney, who feature in the series, all looked fresh-faced for the premiere, which took place at the members-only Bel-Air Bay Club in Los Angeles’ affluent Pacific Palisades region.

The six-part comedy drama chronicles the escapades of elite guests and workers at a fictitious tropical resort in Hawaii, which starts on the streaming platform on July 11. 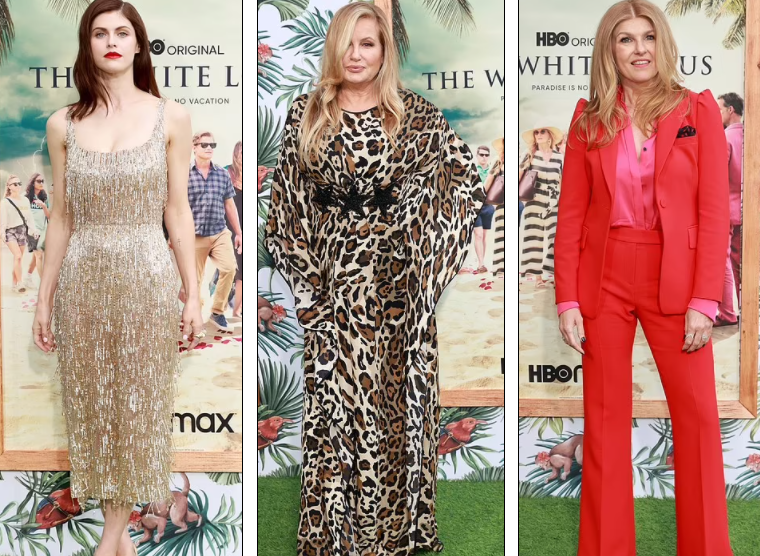 Daddario, 35, the star of Baywatch, led the charge in a gold flapper-inspired dress with fringe and champagne-colored shoes.

It was her first red carpet appearance with Jordana Brewster’s ex Andrew Form, and she made a statement with a crimson lip that complemented her immaculate pale skin. 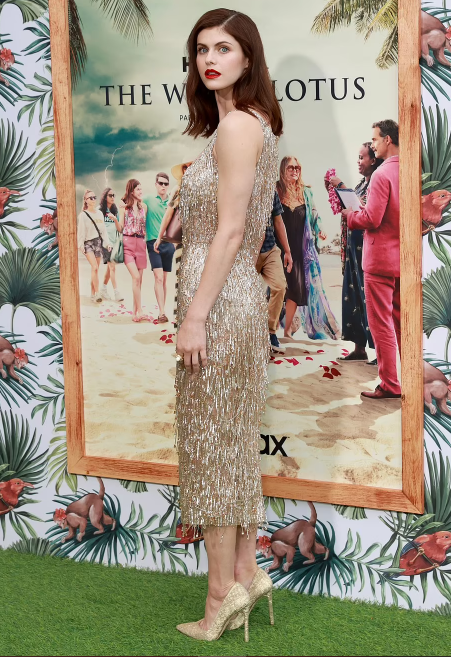 She will play an affluent woman grieving her mother’s death in the series, and she will really carry her mother’s ashes in a piece of luggage.

Prices of Samsung’s Galaxy S21 Series have Risen in Pakistan

Google Chrome Browser Is Getting Its Biggest Update Ever

Bella Hadid is the Most Beautiful Woman in the World, According to a Survey

PTI Becomes the Most Popular Party in Kashmir, Forming the Government in AJK in 2021

Bella Hadid is the Most Beautiful Woman in the World, According to a Survey

Mike Mitchell, the Star of Gladiator, Died at the Age of 65

Adnan Siddiqui, a Veteran Actor, has Tested Positive for Coronavirus

T20 World Cup to be Staged in UAE, Oman: ICC

Pakistan and Russia Inked Agreement for the Construction of 1,100 Km Long Gas Pipeline