Ali Sethi will share the stage with educator and coach, Ali Asani, and the Grammy-winning music maker Noah Georgeson. Well  Ali Sethi is one of those voices that can truly make you become hopelessly enamored with any track that he sings. A Harvard graduate as an essayist, Sethi has learnt traditional music and that is the thing that makes listening to him, a pure pleasure. With us in adoration with his most recent Chandni Raat just as excited that he has loaned his voice to the HBO narrative on Adnan Syed, it appears that the vocalist is hinting at no backing off as other than visiting the US. He will likewise be included as the feature of the Harvard Arts Festival finale which we are really excited and proud about. 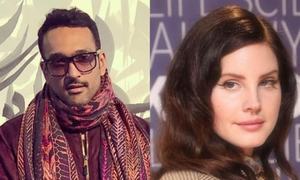 The coke studio sensation Ali Sethi will sing lyrics by notable South Asian Muslim writers that commend decent variety, challenge fanaticism and extoll the ideals of affection as natural for the human-divine relationship. “I had this dream that one day I would stand on the stage in Sanders Theater and represent those aspects of my culture that I know and love. And now that dream is coming true.” Ali Said.

Unbiased History, How and Why Did The Soviet Union Collapse?

Williams, Federer Qualifies for Third Round in Australian Open