Amna Ilyas New Video Has Received A Lot Of Criticism

Amna Ilyas is an actress and model noted for her bold and fearless attitude.

On her Instagram account, the Baaji actress recently posted a new video in which she can be heard saying “sexy” to a guy. Despite the fact that the video was produced for entertainment purposes, netizens have expressed their dissatisfaction with it.

Users on social media chastised Amna for making such an indecent video, with one user writing.

“Now, imagine if a (male) actor made a video like this with two female actors. One is a geek, while the other is intelligent. And then there’s the actor who calls the smart one “sexy.” Just consider the ramifications!!!”

Previously, when a model-turned-actress attempted to make a humorous video about the COVID-19 vaccine, which is a serious issue today, she was chastised by netizens for hurting their feelings.

This is How the Internet users Reacted:

One of the netizens wrote

“Everything is a joke for you. Someone is pretty high on their horses or the weed may be.”

Another criticized her by saying,

What’s getting wrong with her didn’t need to become zumbi to just get attention. Do some quality work rather.” 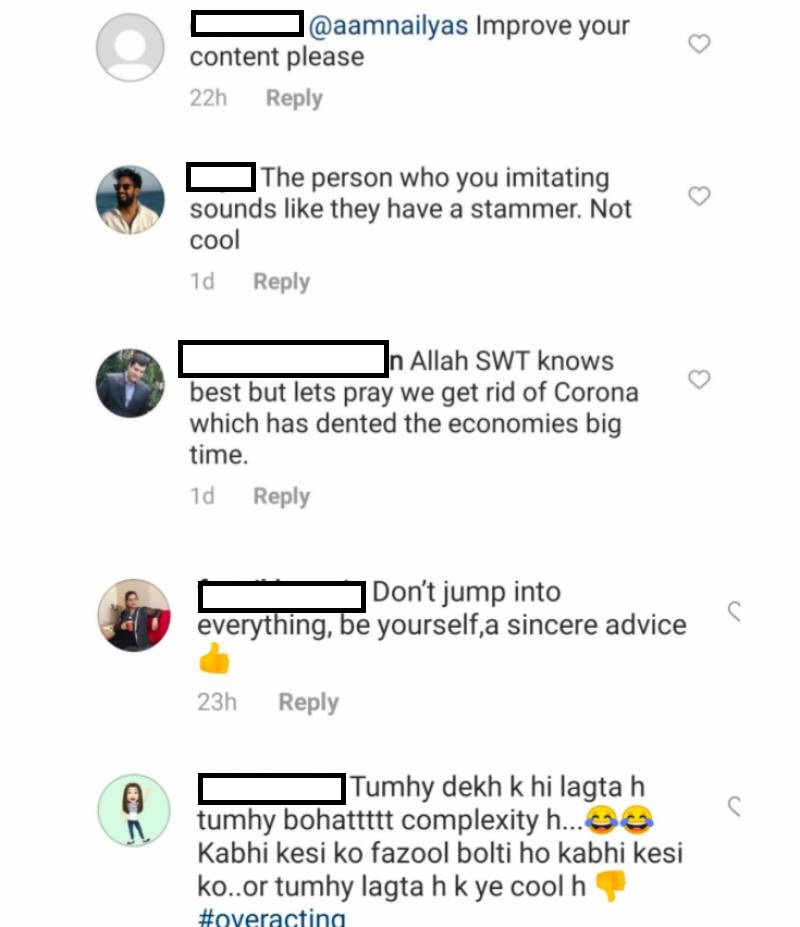 ‘Black Fungus’ Reported Among Some Coronavirus Patients in Pakistan

The Incomes of 1.6 Billion Adult People have Fallen Due to COVID-19 Pandemic

Bhimber to Put Under Full Lockdown Amid Surge in COVID-19 Cases: AJK Govt

Pakistan Win 2nd Test and Series against Zimbabwe by 2-0

During Lockdown Selected Branches of Banks to Remain Open: SBP