BREAKING NEWS
Home News Apple Introduces the IPhone 13 and IPad Mini, Both of Which Feature Faster Processors and Crisper Cameras

On Tuesday, Apple revealed the iPhone 13 and a new iPad mini, expanding 5G connection and showcasing faster chips and sharper cameras without raising the price of the phone.

Although the Cupertino, California-based business did not reveal any game-changing innovations or goods, analysts expect buyers who are still using earlier iPhone models like the iPhone X to be keen to upgrade. Participating telecom providers are offering incentives ahead of the year-end Christmas season to encourage trade-ins, including making new phones free for select users.

The iPhone 13 will come with a new chip called the A15 Bionic, which will enable services such as automatic text translation. The phone also boasts a better display, a longer battery life, and a Cinematic mode for shifting focus automatically while recording films. The iPhone 13 will feature unique 5G antennas and radio components for quicker speeds, and will be available in five colours, according to Apple.

The costs are the same as last year, but some carriers, such as AT&T Inc, will provide the devices for free with up to $1,000 in subsidies if users trade in an older model and sign up for an instalment plan.
Similar deals were offered by Verizon Communications Inc and T-Mobile US Inc, albeit with significantly smaller subsidies of up to $700. Customers who return iPhone 11 and iPhone 12 devices will receive the largest subsidies.

“That offer is unique to Apple, and it’s a strength they have in order to keep these sales cycles continuing for themselves and the carriers,” Bajarin added.

Apple’s most important product is the iPhone, but the company has developed a web of services and other products that are perceived as tying people into a system they appreciate — and would find costly to leave.

The Series 7 smart watch will have a bigger display and faster charging than the previous models. It will be available later this autumn and will start at $399.

The iPad Mini has also been updated with 5G connection and a new design that resembles the higher-end iPad Air and Pro versions. The little tablet, according to Bob O’Donnell of TECHnalysis Research, was Apple’s most startling announcement and might entice users who desire a device with 5G that can operate more powerful apps than a phone. 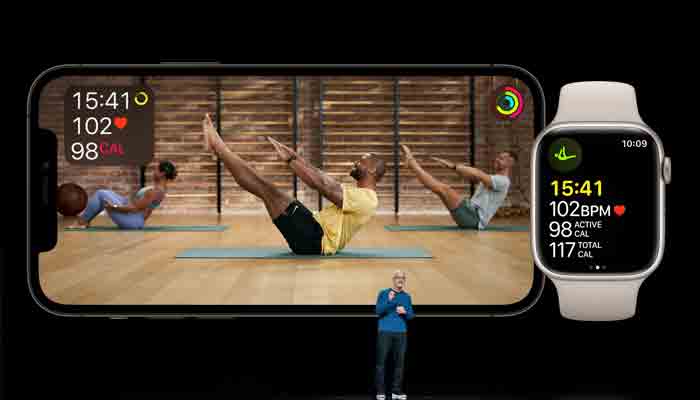 “I don’t think it replaces any other device,” O’Donnell remarked, referring to Apple’s attempt to promote some of the larger iPads as PC replacements.

The price of the new iPad Mini increased by $100, but it also featured additional features like as support for Apple’s Apple Pencil and a speedier chip than the larger-screened basic model iPad, contradicting the pattern of smaller displays being less expensive. Apple demonstrated how professionals, like as doctors, use the Mini.
Apple also added a new camera to the iPad’s base model. The new iPad will cost $329 while the iPad Mini will cost $499. Next week, both will be available.

Apple’s stock ended the day down around 1%, a more significant drop than the broader market’s small decline.

Apple’s largest product launch of the year comes as the company’s stock has lost some of its lustre due to regulatory scrutiny of business practises such as charging software developers fees on in-app payments.
As of Tuesday’s close, Apple shares were up approximately 11.6 percent year to far, trailing the Nasdaq Composite Index, which was up 16.7 percent.

The lack of flashy, surprise items, according to Kim Forrest, founder and chief investment officer of Bokeh Capital, isn’t a concern because Apple’s improvements will keep customers. “I believe the consumer will find it difficult to remove the Apple chip once it has been implanted in his or her head,” she stated.

The Apple Watch has become a cornerstone of the company’s $30.6 billion accessories division, which grew by 25% in Apple’s most recent fiscal year despite a modest dip in iPhone revenue. Apple fans who purchase multiple products, such as an Apple Watch and an iPhone, are more likely to continue with the brand and spend money on the company’s apps and services, according to analysts.

Apple concentrated on fitness features such as increasing the watch’s ability to track bike workouts and providing dust protection for hikers. Apple Fitness+, a subscription programme that offers guided exercises with Apple instructors, is tightly integrated with the watch. Pilates, skiing-themed activities, and group workouts have all been included.

Peloton, an exercise bike and online training startup, had its stock drop by around 1.6 percent.

Pakistan Strongly Condemned the Arrest of Over 1,400 Kashmiris by Indian Occupied Forces

Pakistan’s Negotiations with the IMF are Moving Forward in a Positive Manner: Governor SBP

Current Account Deficit of Pakistan Narrowed Down to $1.11 from $1.47 Billion in September 2021: SBP

US$ Reaches all Time High at 173 against Pak-Rupee