Chhalawa’s Poster Inspired by Sonam Kapoor’s ‘Dolly Ki Doli’! What do you Think?

Ever since the time Chhalawa poster has been out and about on the social media, all the audience and fans have been much excited to catch the film because the poster is pretty catchy! But wait! Is the poster having some inspirational resemblance with the Bollywood film, Dolly ki Doli? Check it out! 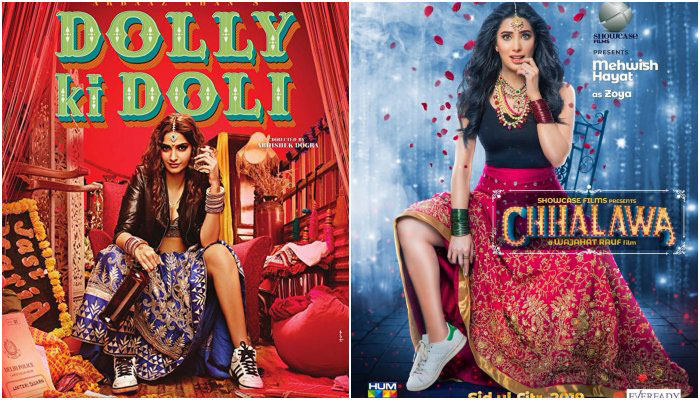 There is much similarity in between the two posters out. In the Bollywood film poster, Sonam Kapoor is wearing heavy embellished lehenga with a pair of sneakers. In the Chhalawa poster, some, or most would say a lot of inspiration has been taken away where the actress is also wearing sneakers along with lehenga. Well the poster might be same, but we wish the film would not be the copycat of the Bollywood film that can stand as a big disappointment for the fans. The main cast has Mehwish Hayat, Zara Noor Abbas, Asad Siddiqui and Azfar Rehman.

This film will be releasing on Eid for you!