According to sources, The Chief Minister of Punjab Usman Buzdar removed Fayyaz ul-Hassan Chohan from the post of provincial government’s spokesperson.

As per to a notification issued by the CM Punjab Office, Special Assistant to the Chief Minister (SACM) on Information and Special Initiatives Hasaan Khawar has been appointed as the Punjab government’s spokesperson.

Hassan Khawar wrote in a Tweet “I am honoured that Chief Minister Usman has trusted me with this important role! I’ll try my best to come up to his expectations,”

It must be noted that CM Punjab USman Buzdar had appointed Fayyaz ul-Hassan Chohan as the provincial government’s spokesperson in August this year following the resignation of Dr Firdous Ashiq Awan. 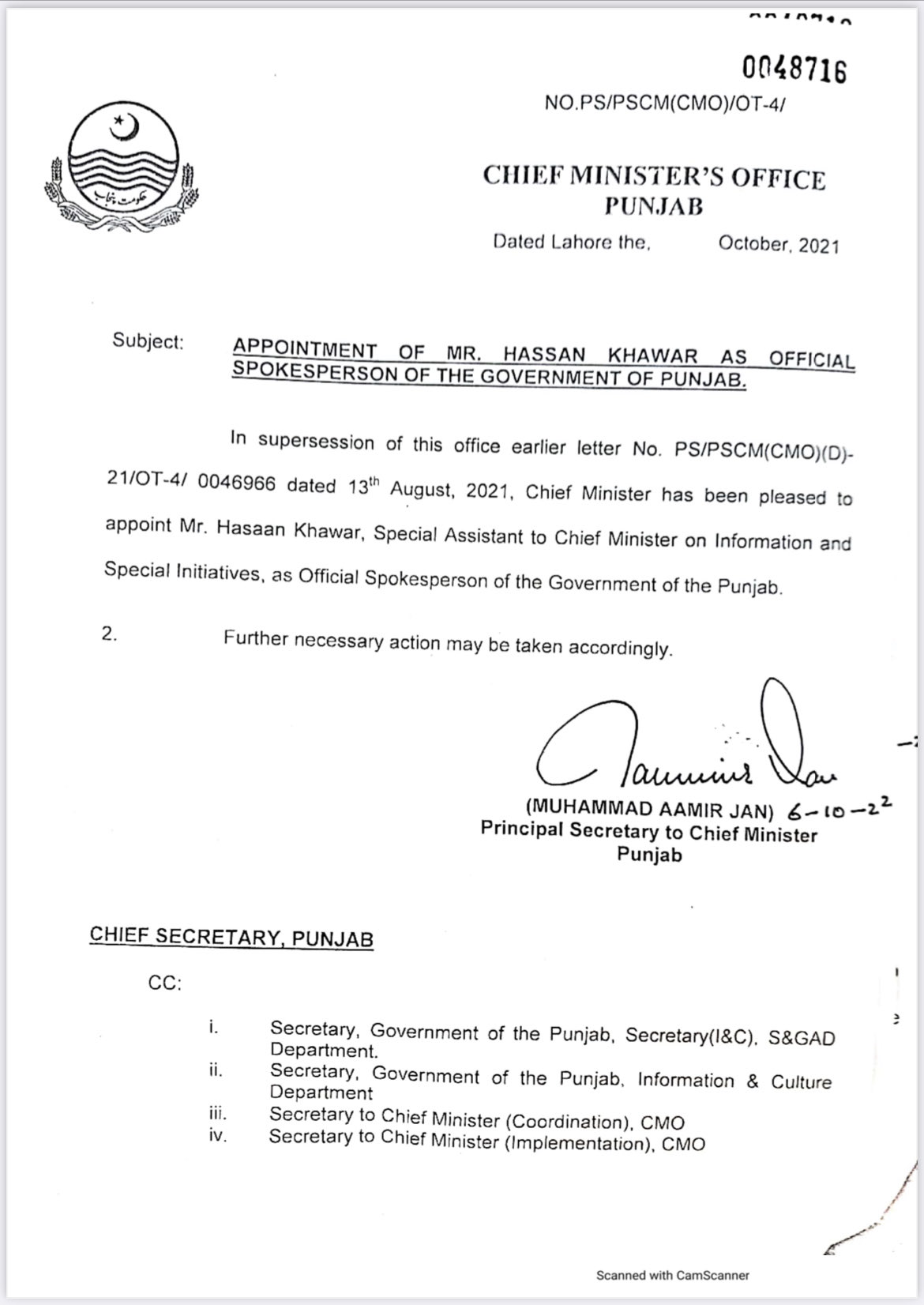 Pakistan Strongly Condemned the Arrest of Over 1,400 Kashmiris by Indian Occupied Forces

Pakistan’s Negotiations with the IMF are Moving Forward in a Positive Manner: Governor SBP

Current Account Deficit of Pakistan Narrowed Down to $1.11 from $1.47 Billion in September 2021: SBP

US$ Reaches all Time High at 173 against Pak-Rupee