Falak Shabir, Sarah Khan’s Husband, has Revealed that She is Sick

Sarah Khan, a Pakistani actress who is ill and in the hospital, has received prayers from her fans and relatives.

Falak Shabir, Sarah’s husband, took to Instagram to post a picture of the Sabaat actress with the caption “She is unwell.” 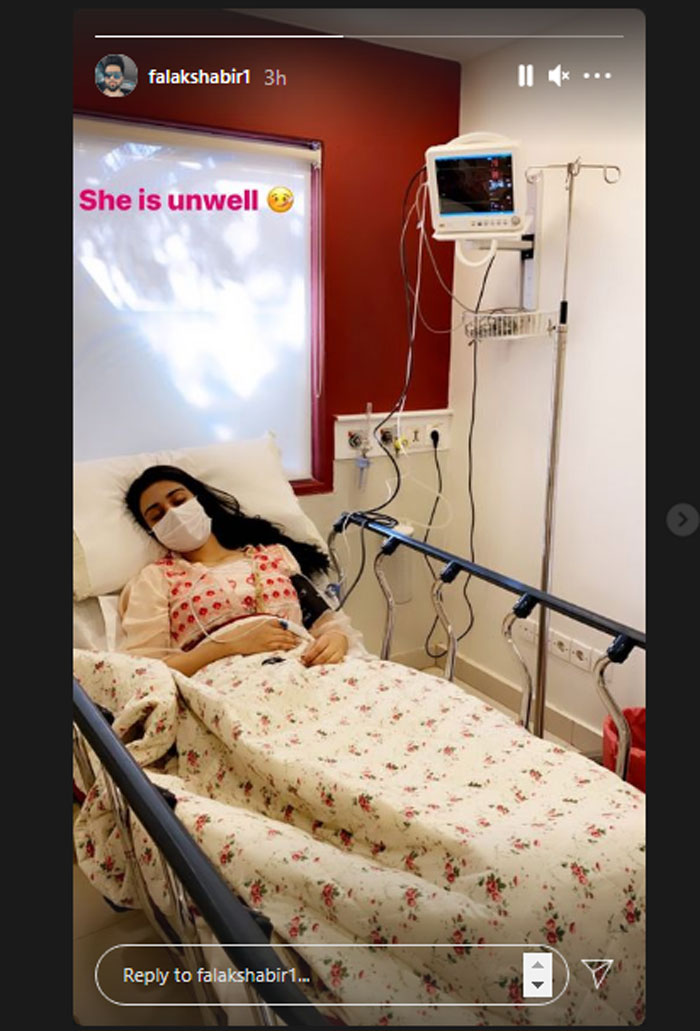 Sarah and Falak Shabir married in July 2020, and the couple was only in Turkey for a holiday a few days ago.

‘Black Fungus’ Reported Among Some Coronavirus Patients in Pakistan

The Incomes of 1.6 Billion Adult People have Fallen Due to COVID-19 Pandemic

Bhimber to Put Under Full Lockdown Amid Surge in COVID-19 Cases: AJK Govt

Pakistan Win 2nd Test and Series against Zimbabwe by 2-0

During Lockdown Selected Branches of Banks to Remain Open: SBP