According to the finance ministry, Following the approval of Prime Minister Imran Khan, The federal government has increased prices of petrol, diesel and other products.

As per to the notification, The PM Imran Khan approved an Rs10.49 per litre hike on petrol, After the massive increase, the new price of petrol is Rs137.79 per litre.

The notification further stated that the new price of kerosene oil has been fixed at Rs110.26 after an increase of Rs10.95 per litre. In addition, light diesel oil will cost Rs8.84 more and will thus be priced at Rs108.35 per litre.

The new prices of the petroleum products have been enformed from today (October 16) for the upcoming 15 days. 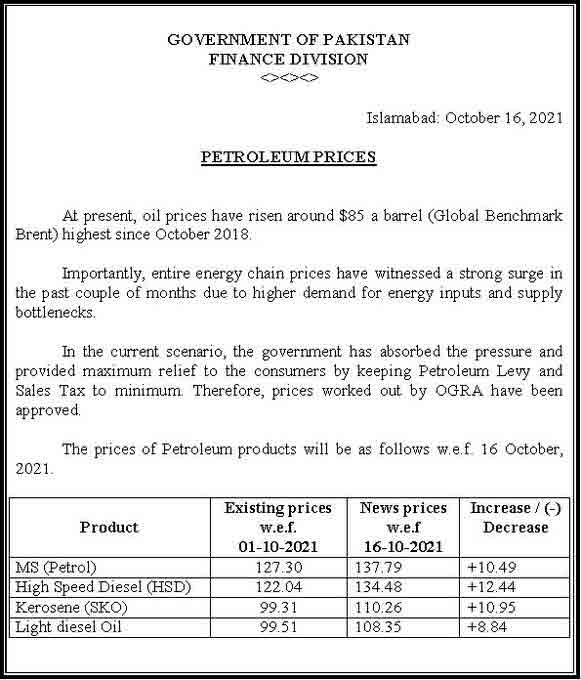