Feroze Khan, a Pakistani actor, has expressed his gratitude to Abdullah Kadwani, the producer of his hit drama series Khuda Aur Mohabbat, for teaching him so much.

Feroze took to Instagram and posted a lovely picture of himself and Kadwani, along with a sweet message.

The Khaani actor tagged Abdullah Kadwani, saying, “glad to have learned so much from you! @abdullah.kadwani.”

Feroze Khan had previously posted a poster for Khuda Aur Muhabbat on his Instagram Account, revealing that the drama series had already reached 100 million views on YouTube after just five episodes. 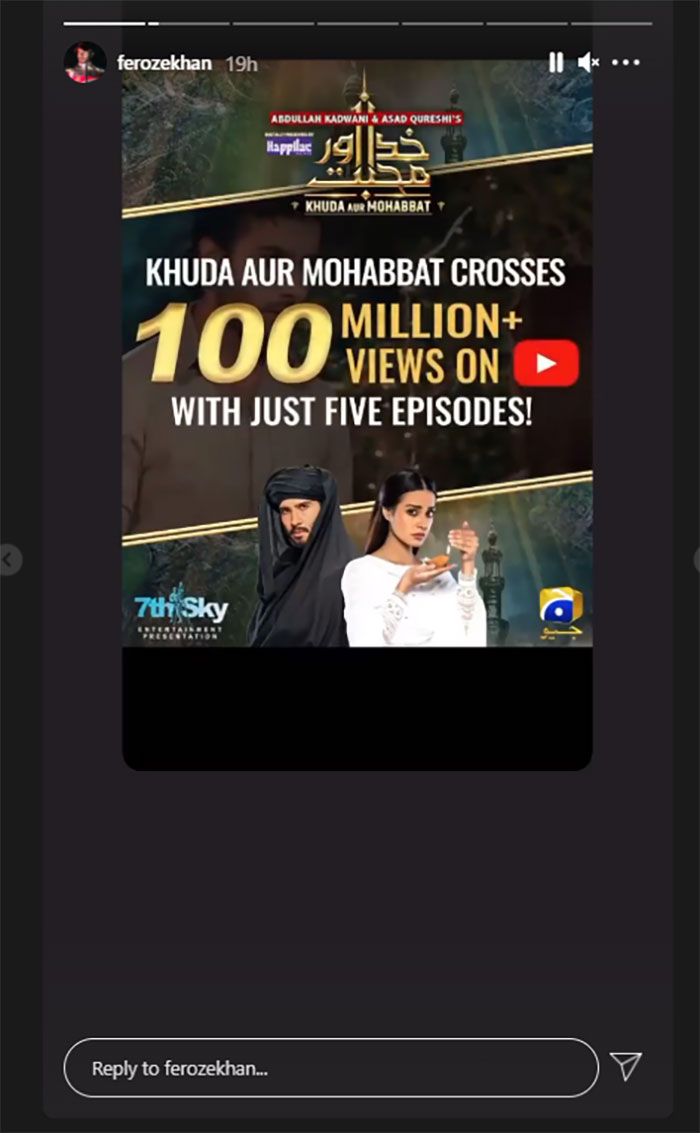 The drama series, which stars Iqra Aziz and Feroze Khan in pivotal roles, premiered on February 12.

Pakistan Strongly Condemned the Killing of Kashmiri Youth in IIOJ&K

Pak Rupee Appreciated by Rs2.61 against US Dollar

Pak-Rupee Further Depreciated against US Dollar

Pakistan Discovers of a New Gas Reservoir in Kohlu District of Balochistan: OGDCL