BREAKING NEWS
Home Entertainment Is Yasir Hussain Getting Married in 2019?

Is Yasir Hussain Getting Married in 2019?

Do you know that Pakistan’s most wanted actor Yasir Hussain is getting married in 2019?

Well this news has been actually confirmed by the actor himself but who knows when these celebrities change their minds.

Yasir Hussain has always remained the man of controversies ever since the time he has stepped into the world of media.

No matter whether it is about his child molestation statement, calling Hania Aamir danedar on social media or being rude with the social media trolls, he has always remain on the media headlines.

But another thing which he has always stood on the headlines is for his secret relationship with the actress Iqra Aziz.

The couple was recently on a vacation together, hence their pictures and videos went crazily viral.

Both of them have called each other ‘an important part’.

They have made it clear that they are ‘just friends’ but share a strong bonding of Care.

Recently, one of the fan asked Yasir Hussain about his wedding plan!

And this is what the actor has replied on his story: 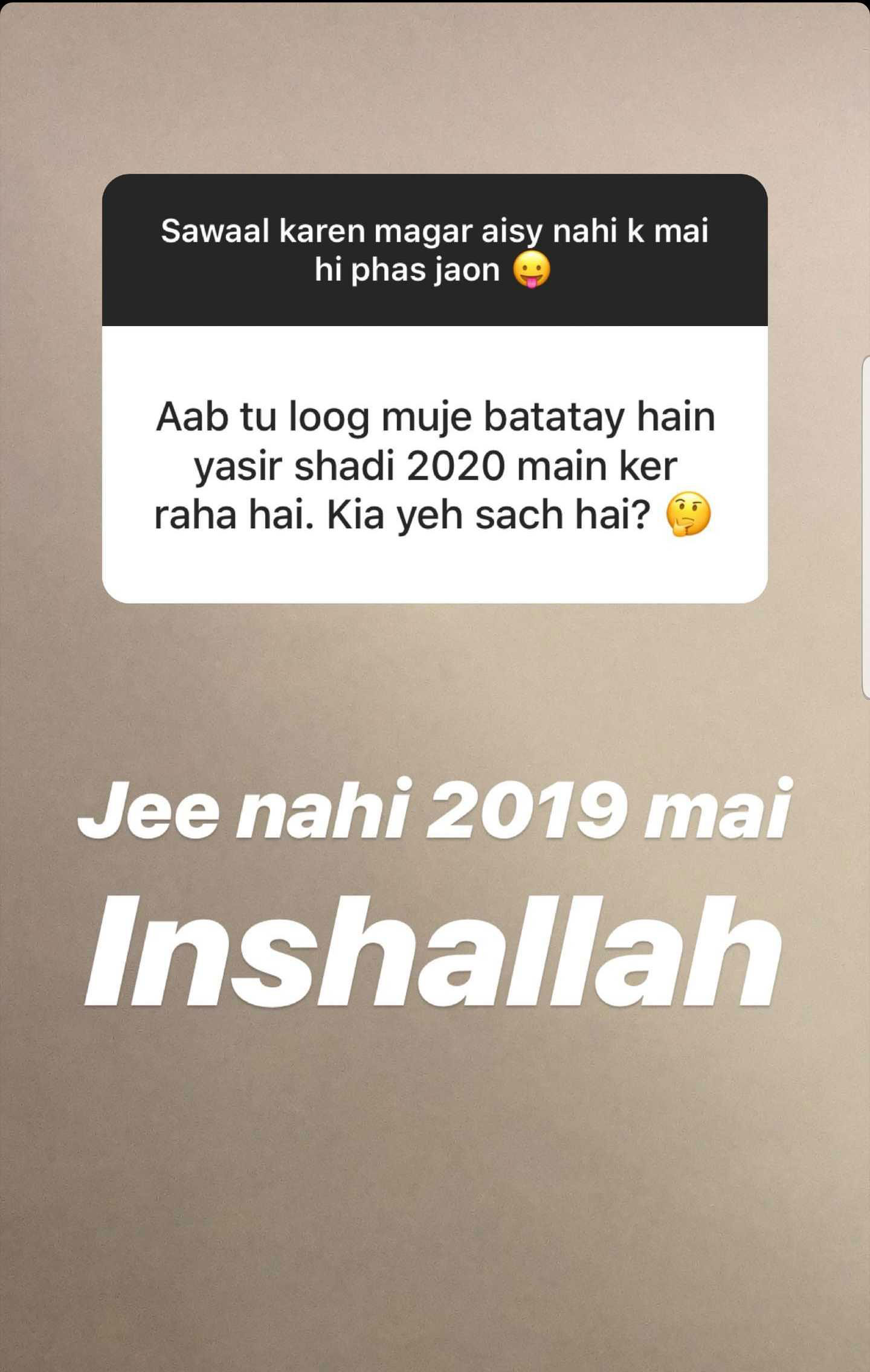 Couple of days back he made an appearance on Waseem Badami’s talk show in which he openly admitted that his wedding is on cards very soon.

Is he talking about Iqra Aziz or someone else?

What do you think?

Blaming Others for Own Failures