Only 60,000 Vaccinated Residents of Saudi Arabia to Perform Hajj This Year

According to the media reports, The government of Saudi Arabia announced that it will only allow 60,000 vaccinated residents of the kingdom to perform the annual Hajj.

According to the official Saudi Press Agency, The Hajj ministry said this year’s pilgrimage would be “open for nationals and residents of the kingdom, limited to 60,000 pilgrims”,

The Saudi Ministry further said that “Those wishing to perform the Hajj must be free of chronic diseases and be vaccinated” and between the ages of 18 and 65. 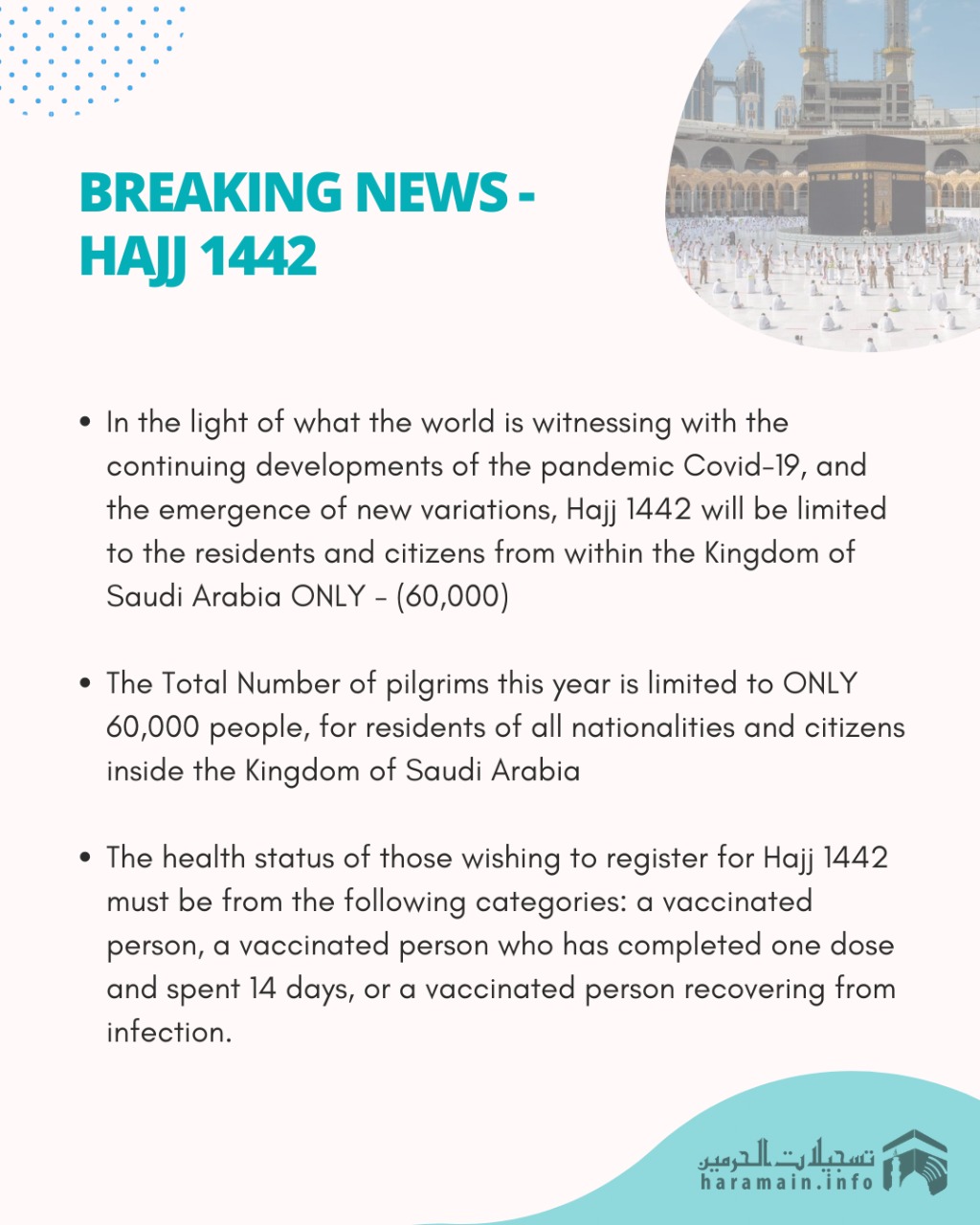 Scientists Explained why Some Birds Steal Hair from Living Predators

Whatsapp Users now have Access to the ‘View Once’ Feature

PM Imran Khan Vowed to Continue Support for Kashmir Cause

Justin Bieber has been Slammed for Endorsing Morgan Wallen, a Country Musician

Pakistan and Russia Inked Agreement for the Construction of 1,100 Km Long Gas Pipeline