According to the sources, Multiple donors of Pakistan Tehreek-e-Insaf (PTI), mentioned in the ECP’s prohibited funding verdict, have highlighted many flaws and errors in the verdict, claiming they are not foreign nationals and have donated money using legitimate channels.

As per details, Shoaib Ahmed Basra, The owner of the National Food Processing Factory said that his company which donated funds to PTI is located in Bahawalpur, and the ECP has deemed it as a foreign fund, Shoaib said that he donated Rs10,500 to PTI in 2011.

He also said that my company has been misappropriated in the foreign funding list as a Canadian company.

My company NATIONAL FRUIT PROCESSING FACTORY is Bhalwal Sargodha based local firm and donated RS 10500 in 2011 to PTI whereas ECP put this in foreign funding company from Canada 😇@PTIofficial @PtiNorthPunjab @PtiOfficialSGD pic.twitter.com/INcx6I1oTU

Asif Khan, Another PTI donor said that he donated $100 to the party in 2013 in his personal capacity via his PayPal account, however, ECP has named his former company Prabust Inc in the foreign fundings list of the case.

In a video message, Beenish Faridi, Who donated PTI $250 in 2013, termed the ECP verdict disgraceful, She said that she is not a foreign national as deemed by the ECP.

Beenish Faridi whom ECP decided to declare a foreigner arbitrarily denying her Pakistani nationality. They have no legal right to do this. Such is desperation of CEC to prove loyalty to cabal of crooks. pic.twitter.com/jadAZOI3pj

Dear @ECP_Pakistan you’re a joke. A shame. Sikander should resign and end this farce. pic.twitter.com/ctXA2FQDw5

Meanwhile, The ECP has also declared a Pakistani company as a foreign firm in a prohibited funding case against PTI.

The ECP said that PTI ‘knowingly and willfully’ received funding from Zain Cotton Private Limited and declared the company as a ‘foreign firm’, However, the Zain Cotton is owned by a Pakistani citizen Mian Akhtar Javed.

Mian Akhtar Javed said in his statement that he was a PTI’s ticket holder from PP-89 of Pir Mahal in 2013, added that Zain Cotton Private Limited was registered in 1992 in Faisalabad.

The owner of Zain Cotton Private Limited deposited a check worth Rs10,000 to party’s fund.

Message to election commission for adding my name, Murad Ansari, in the list as a non-citizen. #فارن_فںڈنگ_ٹھس pic.twitter.com/BiFv9blabA 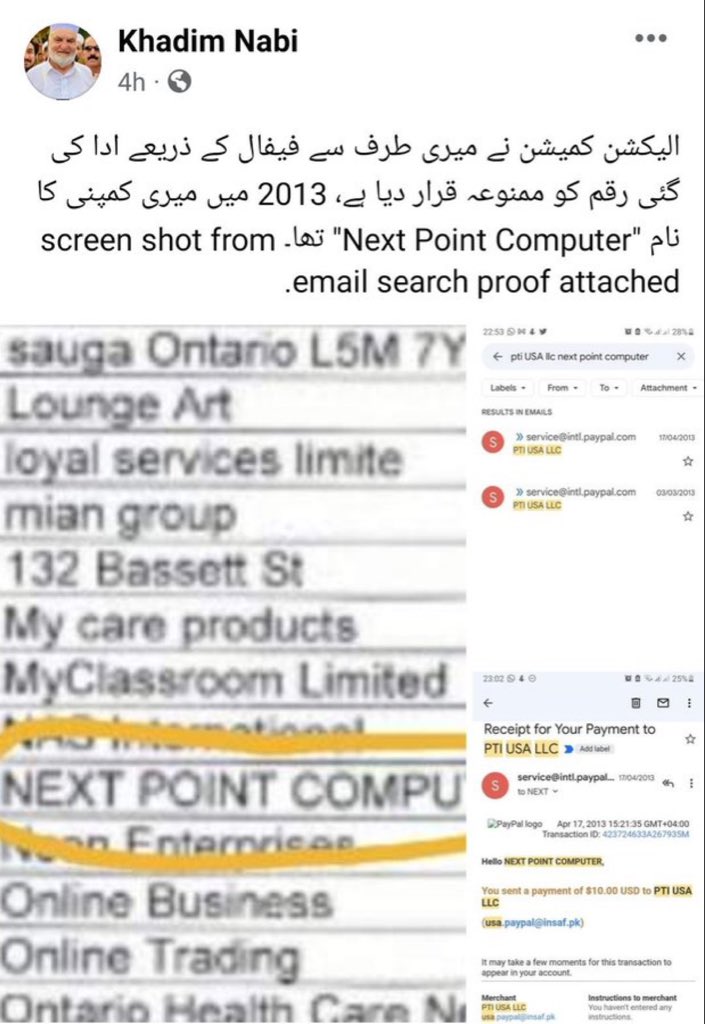 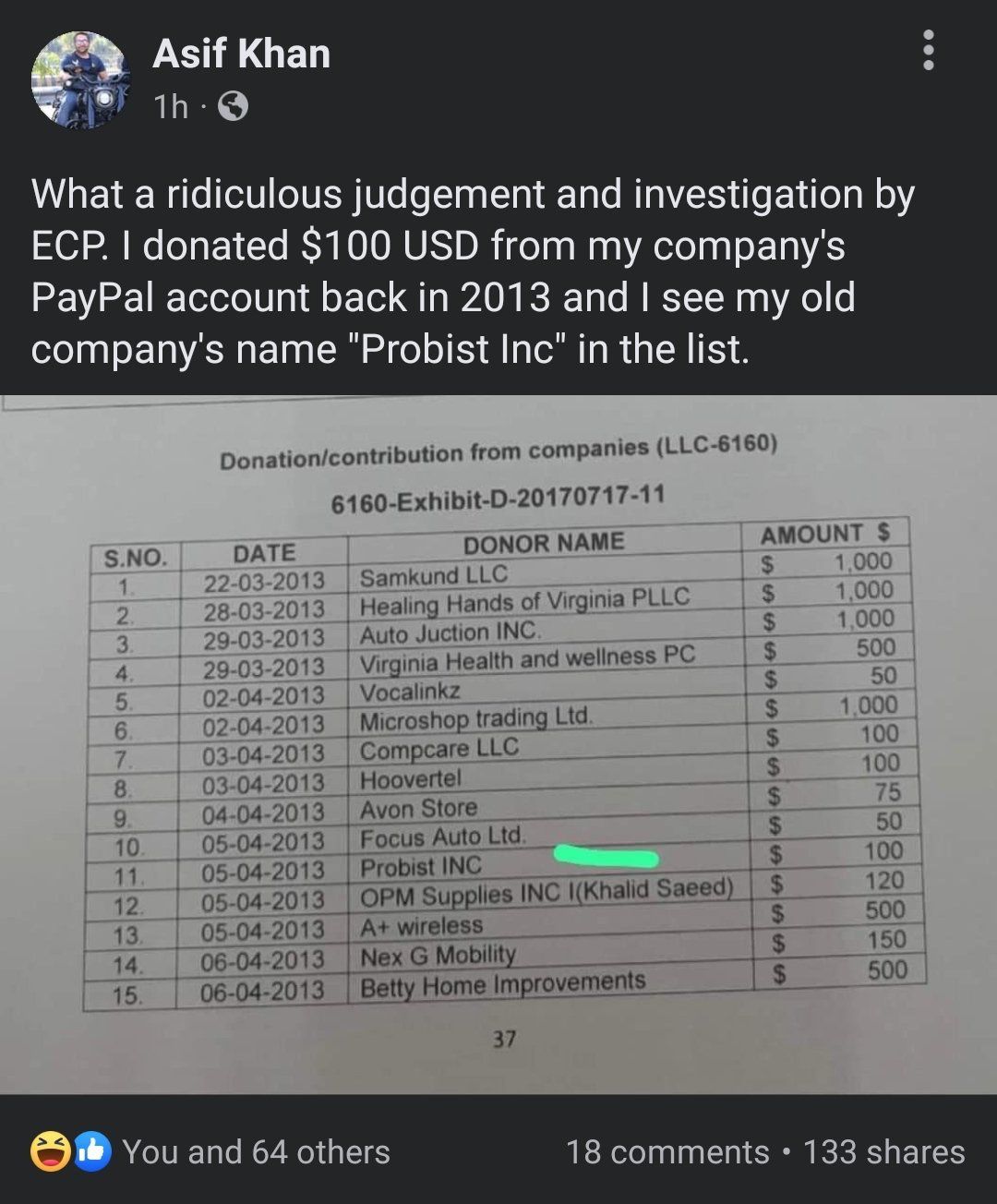