When Lady Gaga published the preview for “One Last Time: An Evening with Tony Bennett & Lady Gaga” on Instagram, thousands of people reacted.

Within a few hours, the video had nearly half a million views, and Lady Gaga invited her followers to join her on Sunday night at 8:00 p.m. 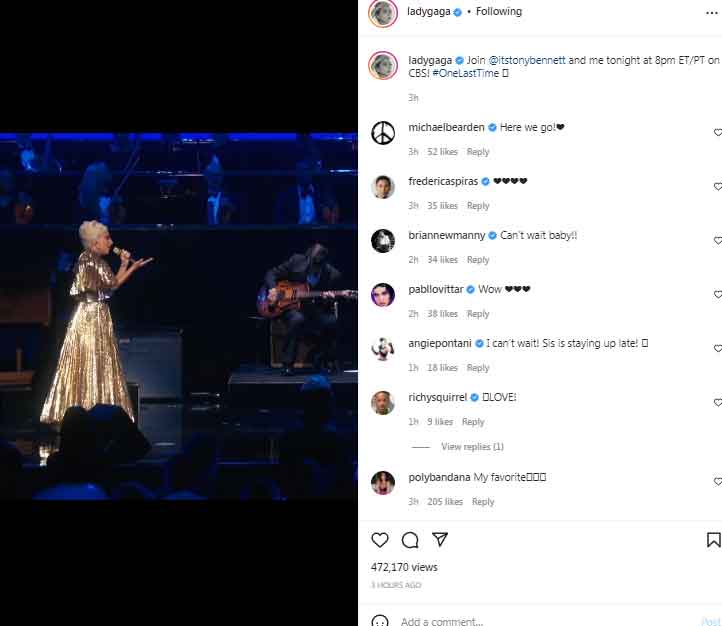 Tony Bennett is an American vocalist who specialises in traditional pop standards, big band, show tunes, and jazz. He is now retired. He is also a painter, with paintings on permanent public exhibit in a number of institutions under his birth name.

Previously, the singer paid tribute to Tony Bennett on a television broadcast, stating, “He is a magnificent human being, he served our nation, he marched with Dr. Martin Luther King Jr., he used to sneak Duke Ellington into the back of hotels to perform jazz music all night long.”