What’s New with the Voice Note Function in WhatsApp?

However, the upgrade for WhatsApp beta for Android is still in the works.

The global voice note player is a new feature that allows you to listen to voice notes while switching from one chat to another.

On the iOS platform, the feature was rolled out to some beta testers today, including WhatsApp Business beta. 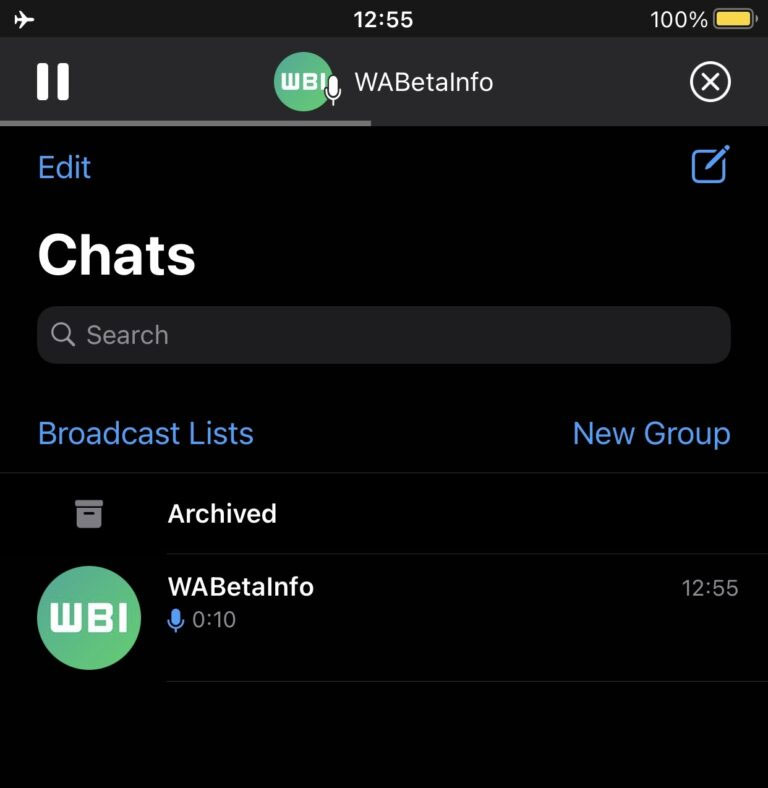 The user is listening to a voice note from the conversations list, as shown in the screenshot above. Even if you swipe back or start a different chat, the voice note you’re listening to won’t be rejected under the new functionality.

Your WhatsApp account is not ready to allow you test the feature if you can’t hear the voice note from the conversation list. So, all you have to do now is wait for a future update that will make the feature available to more users.

The WhatsApp beta functionality for Android users is still in development, and there is no word on when it will be released.