BREAKING NEWS
Home Entertainment Why Sophie Turner Does Not Want A Wedding Like Priyanka and Nick’s?

Why Sophie Turner Does Not Want A Wedding Like Priyanka and Nick’s?

Famed Hollywood actress Sophie Turner has highlighted some details about her wedding with Joe Jonas. Surprisingly she revealed that she does not want her wedding to be like Priyanka and Nick Jonas’. 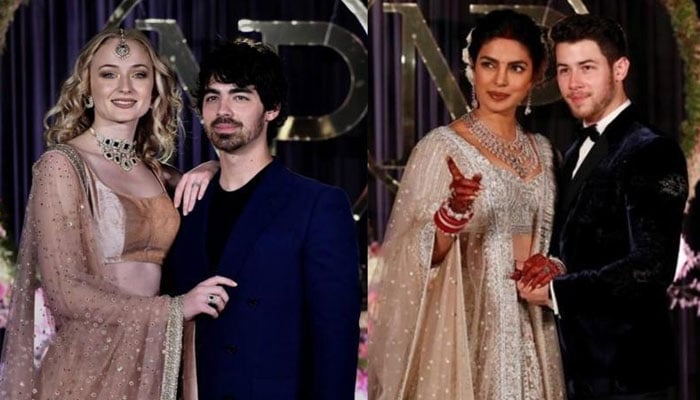 During an interaction interview broadcasted at US TV show, the ‘Game of Thrones’ star admitted that she did not want her wedding celebrations to be fun filled  like Priyanka Chopra and Nick’s wedding.  She added that she is not fond of dancing or adding dance performances to a wedding.

Priyanka was part of Bollywood, that was the reason why her wedding was filled with dances.Sophie added that her family cannot dance at her wedding because one of her brother is a doctor and the other one is a lawyer. So her family is quite civilized. She even unveiled that the theme of her wedding will be in accordance with English and American traditions.